This Class, I Triumphed Over Satan’s Temptation

It was a sunny day, and the classroom resounded with the high teaching voice of the Chinese teacher. Boqian and his classmates were listening to the teacher attentively. Suddenly the door was pushed open, and the deputy director of the educational section came in. He whispered something to the Chinese teacher, then the Chinese teacher stopped lecturing and stood aside. The deputy director picked up the pointer, rapped on the blackboard with it twice, and then asked in a severe voice, “Everyone! Is there any believer of God in your family?” The students shook their heads and answered, “No.” Boqian, who sat in the middle of the third row, slightly started, for his parents are both believers in Almighty God. He remembered his mother once had told him, “China is an authoritarian state without religious freedom. The CCP doesn’t allow people to worship the true God, but fanatically resists Him and His work. Believers in China have the danger of being arrested at any time or place and suffering the cruel persecution of the CCP.” Boqian knew he would never tell the teachers that he and his parents believed in God, otherwise the consequences would be unimaginable. 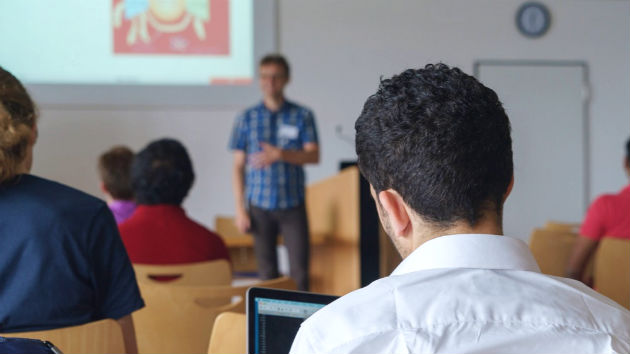 The deputy director seemed dissatisfied with the students’ answers, and he then took out a black MP5 player from his pocket, lifted it up, and said to the students, “Everyone, who has ever seen such a player? Whose family has such a player?” Many students looked at each other and didn’t know what the MP5 player had to do with investigating whether there were any believers in their families. But Boqian knew clearly in his heart that the brothers and sisters in the church, including his parents, ordinarily used this kind of player to read God’s word, listen to hymns, and watch gospel films, but he didn’t dare say a word for fear that he would give something away to the teacher. Then the deputy director looked round at each student and said harshly, “Whoever speaks out is a good student, and will be cited. If I find out that someone knew something and failed to report it, he’ll be disciplined, and never expect to graduate smoothly.” After hearing that, Boqian felt nervous again. Once again he thought of his mother’s words, “The CCP government is full of cunning tricks. They install cameras throughout the streets to monitor the believers; besides, they go door to door conducting inspections to search believers in the name of checking residence cards, as well as utilizing work units and schools to investigate whether there is any believer in someone’s family. Once they find a believer of God, they will arrest and persecute him, and his unbelieving family members will be implicated and lose their jobs, and his children will lose the opportunities of further study. The CCP government conducts investigations so fanatically only for the sake of their delusional desire to capture all the Christians and establish a godless realm in China.” Boqian knew that the reason why the leader of the school acted in that way that day was because they were directed by the CCP. In order to find the believers of God, they forced the students to speak out whether there were any believers in their families through means of deception and threats. The CCP was indeed too insidious and evil. Thinking of that, Boqian realized that Satan’s trick hid behind this occurrence. If he was timid and afraid, the teachers would see the holes, which would put his family and the brothers and sisters in danger. He made up his mind that in any case he wouldn’t sell his brothers and sisters, much less betray God, and that he would pray to God and rely on Him to overcome the sudden temptation of Satan.

Just then, the principal stepped in, with head erect and a white instrument in his hand. Boqian stared at it, and found that he had seen this kind of thing on TV, which was a polygraph. Not giving any explanation to the class, the principal directly walked to a girl in the first row, and asked with studied kindness, “Is there any believer in your family?” The girl answered calmly, “No.” The principal glanced at the polygraph which showed nothing different and began to test the next student. Never had Boqian imagined that this gang of accomplices and lackeys of the CCP government, who persecuted the believers of God, should test the students with the polygraph used against the criminals, and treat the one who answered nervously as a liar, to lock the target to investigate the believers of God. It was much too insidious! Boqian unceasingly prayed to God inwardly and asked God to keep his heart calm, so that the teachers couldn’t see any holes. And he also asked God to give him courage and strength so as not to be deceived or frightened by Satan’s scheme, but to stand witness to God.

“Student, is there any believer in your family?” The principal tested and asked the students one by one. Yet the students’ answers were all no, and the polygraph didn’t have any abnormal indication all the time. Then, the principal came to Chaoqun, who was in front row seat of Boqian, and asked, “Is there any believer in your family?” Chaoqun was a little timid, and said cowardly, “No.” The red light on the polygraph suddenly began to blink with sound. The classmates turned their eyes toward Chaoqun uniformly. Chaoqun shied away from their puzzled eyes and blushed at once. Boqian was made nervous again by the scene before his eyes. He was worried: What if the polygraph detects that I’m telling a lie? Yet if I told the truth, I would betray my brothers and sisters, and doing so is also betraying God! Just then, a hymn of God’s word occurred to his mind suddenly, “Everything in the universe is determined by God. What is not in the hands of God?” (“All Things Are in God’s Hand” in Follow the Lamb and Sing New Songs). His mother once fellowshiped with him: God is almighty, He rules over and controls all things. Everything in the universe is decided by God and is in His hands. At the thought of that, Boqian prayed in his heart silently, “O God, I’m a little afraid, but I believe You’re the almighty and one true God. The principal, the director, and the polygraph are all in Your hands. Without Your permission, their plot surely won’t prevail. I will absolutely not be Judas to sell my brothers and sisters. May You keep my heart, lead and guide me!” After praying, he was much calmer in his heart.

At this moment, the principal exchanged a look with the deputy director, and then he looked at Chaoqun with a sly expression and said heavily, “Here, say it again!” Chaoqun said at the polygraph weakly, “There’s no believer in my family.” Everyone watched the polygraph quietly. A few seconds later, the polygraph made no sound. The classmates then breathed a sigh of relief. The principal took the polygraph and gave a sigh, looking somewhat disappointed. Then he came to Boqian and asked, “Student, is there any believer in your family?” Boqian said calmly, “No.” At that time, the air seemed frozen, and the classroom was so still everyone could have heard a pin drop. About five seconds later, the polygraph didn’t show anything different. The principal lifted the polygraph and watched carefully, then complained with knitted brows, “Oh, how come the polygraph ran out of batteries suddenly?” Then he and the deputy director left unhappily. So the test was over. 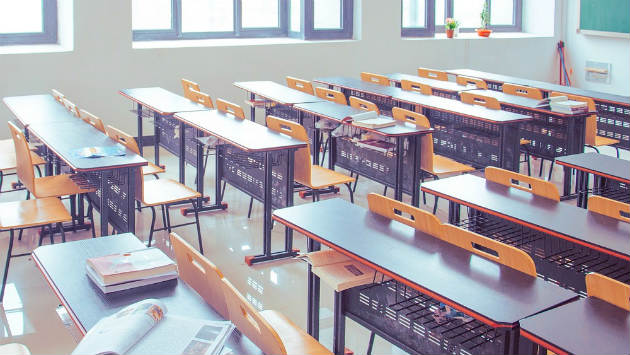 It was an unusual class, and Boqian kept thanking and praising God in his heart. He knew it was God who was watching over and protecting him, leading him to see through Satan’s cunning schemes, and giving him the courage to rely on God to stand witness for God bravely before the satanic force. He was more assured Almighty God is the only true God. His future path in life is long, but having this precious experience that he relied on God to overcome Satan’s temptation, he believes no matter what plots the CCP carries out to persecute the Christians, he has the confidence and courage to rely on God to triumph over Satan’s persecution and temptations. He believes that in peril, as long as everyone sincerely cries out to the name of Almighty God, holds fast to God’s word, and relies on God to deal with the forces of Satan, he will surely see God’s wondrous deeds. This is because Almighty God is the only true God who rules over everything and controls everything, and even more, His authority is supreme and unique!

Depending on God Teens’ Testimonies
Previous Post Don’t Let the Modern Pharisees Block My Way
Next Post No Matter How Hard It Is, I Should Go On Preaching Gospel

A Photographer Living by Relying on God

When a photographer shot in hostile environments, God’s words led him and gave him faith. In experience he felt the authority and power of God’s words.

Five Kings War against Gibeon (Joshua 10:1-11) Now it came to pass, when Adonizedec king of Jerusalem had heard how Joshua had taken Ai, and had utter…

By Chaoyang, Canada “Trust in Jehovah with all your heart; and lean not to your own understanding. In all your ways acknowledge Him, and He shall dir…

3 Steps for Learning to Rely on God at All Times

By Qiaohui, China As Christians, if we rely on God and look to God in everything with a God-fearing heart, not only will our difficulties be resolved…