The Priest Are Not Those Who Truly Follow God

I was born in a Catholic family. Influenced by my family from childhood. I had the viewpoint that priests represent the Lord, and that believing in priests is believing in the Lord. At that time, priests had a very high status in our hearts. I remembered once an old priest came to my home, all my family knelt down to welcome him, expecting that his blessing would come to my house.

In 1986, my entire family immigrated to America. Since then, rain or shine, I would go to church for Mass every Sunday, and also make the pilgrimage and follow the ceremonies devoutly. In 2012, I moved to Chinatown and continued to attend Mass in a Catholic church there. There was a Priest Ruan in the church who talked frequently and eloquently, and the believers all admired him. He often took us to visit sick people, and taught us to learn from other denominations’ strengths. For example, Christians were more active in preaching the gospel than us, and he said it was worthwhile to learn. Moreover, he told the church members to print some leaflets and set up a stall at the church gate to preach gospel, and he himself also led us to spread the gospel from house to house. All of these made me even more assured that my priest was a good servant of the Lord and that it was correct for me to follow him in believing in the Lord. In our church, all believers, old or young, liked associating with him, and I was not an exception. No matter what happened to the priest, I would try my utmost to help him. When he was sick, I would recommend a doctor to him, on New Year’s day or on festival days, I would invite him to my home to spend the holidays with us. In my heart, I treated him as one of the family.

And so, as the years passed and the days went by, I thought my belief in the Lord must be able to satisfy His will, but gradually I found that I couldn’t practice the Lord’s words in my life, that I was one person in the church and another at home, and that my behavior was the same as that of non-believers. What’s more, I didn’t feel the work of the Holy Spirit. Even if I committed sins, there was no discipline; living in this kind of state, I felt empty inside. Our church seemed thriving from the outside, but the fact was that the believers didn’t focus on practicing the Lord’s words, nor did they make any progress in life, they were all weak in faith, whose views of pursuit and life goals were the same as those of non-believers. In addition, our priest always preached the same old platitudes and paid attention to eating, drinking, and the enjoyments in life, he even led us to celebrate the Spring Festival, and wore a Tang suit and offered sacrifices to his ancestors in the church. Seeing him doing that, I felt it was inappropriate. The church is a place for us to worship God, how could he offer sacrifices to his ancestors here? But then I thought: “Since the priest is a good servant of the Lord, he shouldn’t be wrong.”

In the blink of an eye it was July of 2015. One day, a church member invited me to listen to sermons, saying that there was a Brother named Li, a classmate of her cousin’s, preaching pretty well. Then I thought: “Since there are good sermons, I should go and listen.” At her cousin’s home, Brother Li talked about the present situation of the world and combining with it many prophecies in the Bible concerning the last days, such as the split of the Mount of Olives and the four blood moons. Besides, he also fellowshiped: “The reason why the temple became a den of thieves in the later stages of the Age of Law was because the Lord Jesus carried out the work in the Age of Grace. Nowadays, the desolation in the churches is also because the returned Lord Jesus, Almighty God, has started the work of the Age of Kingdom, and He reclaimed all the work of the Spirit throughout the universe and focused it upon a group of people who accepted God’s newest work.” Hearing Brother Li’s fellowship, I couldn’t agree more, for what he said was in accordance with the Bible and the present situation of the churches. Later through reading the words expressed by Almighty God, I knew more about His work of judgment in the last days, and realized that this stage of God’s work was very important for us, for without God’s work of judgment in the last days, I would live in sin forever and never be cleansed. I had confirmed in my heart that Almighty God is exactly the returned Lord Jesus.

Soon I told my mother the good news of the Lord’s return. Through investigation, she also accepted God’s work of the last days. Later, I was eager to tell the news to my priest, and thought: “If he accepts God’s new work, and shares it with the church members, then all of them will follow the footsteps of God’s new work.” Thinking of this, I felt very excited and told my thought to the brothers and sisters of The Church of Almighty God, they also approved of it. But a sister warned me: “If we want to preach the gospel to the priest, we must first know if he is a person who seeks and accepts the truth, for God’s words revealed that most leaders in churches come from seminaries and often use biblical knowledge to resist God’s work of the last days, some of them even spread rumors about The Church of Almighty God to block believers from investigating and accepting the work of the returned Lord. These religious leaders look humble outwardly, yet inside they hate the truth. Of course, if your priest is a person who truly believes in God, then God will not abandon him, and He will arrange an appropriate time for him to come before God.” At first, I couldn’t accept these words but thought: “Although most religious leaders resist God, my priest is definitely not one of them, for he has consecrated his whole life to the Lord and is a good servant. How could he resist God?” As I just accepted the Lord’s return and felt that I needed to equip myself with more truths, I put this matter aside.

At the end of 2016, I went back to my original church by chance. To my surprise, after the Mass, the priest started to wantonly attack and convict The Church of Almighty God, and spread many negative words like “There is poison in the books of The Church of Almighty God,” “If we believe in Almighty God, our family will be broken up and decimated,” and so on. Hearing those words he made up, I felt indignant and grieved: I’ve been contacting with The Church of Almighty God for more than one year, there is no poison at all in their books and my family are still living in harmony. Besides, when I have meetings with the brothers and sisters of The Church of Almighty God, we fellowship God’s words and share the testimonies of experiencing God’s work. Though sometimes we reveal corruption, we are able to accept the judgment of Almighty God’s words and pursue the transformation in disposition, and I’ve benefited a lot from these brothers and sisters. How could the priest tell these lies so blatantly? The Ten Commandments clearly say: “You shall not bear false witness against your neighbor” (Exodus 20:16). The priest is one who serves God directly and preaches sermons to supply believers with life. However, facing the Lord’s return, he not only didn’t investigate or seek, but even spread rumors to the believers, isn’t he obstructing believers from entering the kingdom of heaven? The Lord Jesus said: “But woe to you, scribes and Pharisees, hypocrites! for you shut up the kingdom of heaven against men: for you neither go in yourselves, neither suffer you them that are entering to go in” (Matthew 23:13). The priest spread such rumors to delude the believers, isn’t this doing evil? But then I thought: “Perhaps it is because he hasn’t read Almighty God’s words. If he has, he won’t resist God like this, for God’s words are so clear that those who truly believe in God are able to understand.” At that moment, I still hoped that I could have the opportunity to preach the gospel to my priest one day, so that he could investigate and seek God’s work in the last days and then lead the believers to accept it. 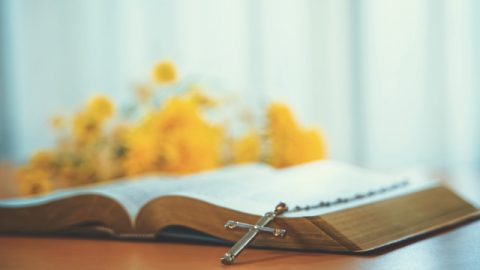 Does the Trinitarian God Exist? 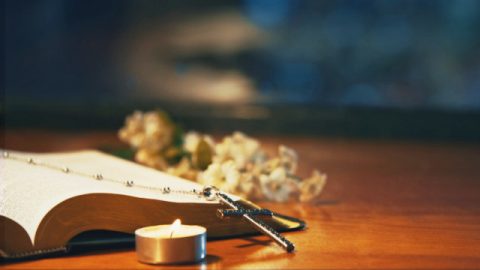 How Does God Carry Out the Work of the Great White Throne Judgment? 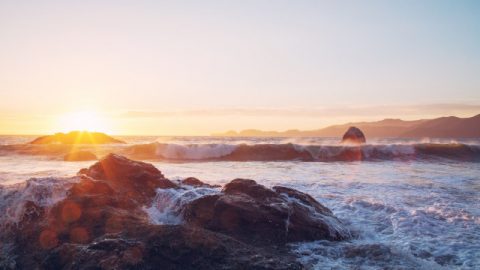 I Find the Way to Be Free From Sin 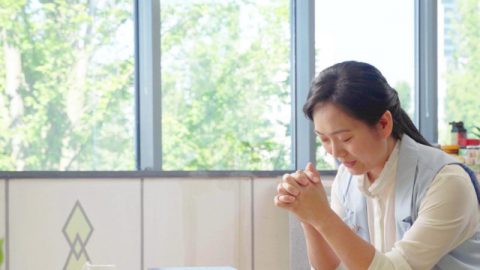 Why We Can’t Escape Sin by Daily Confession and Repentance 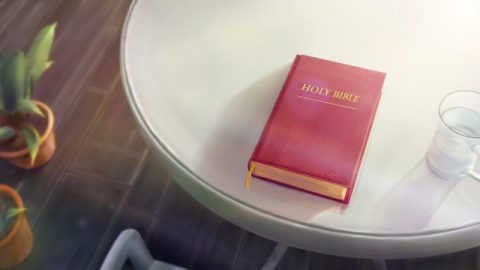 True Meaning of Revelation 22:18–19 About Not Adding or Removing Things
By Yuting, Japan I heard news of the Lord’s coming but hesitated about whether to seek His word. Ever since I believed in the Lord, I have often heard…

Does God Have Gender? Will the Lord Be Male or Female When He Returns?
By Hu Baoen, Brazil Does God have gender distinction? I believe some Christians may say, “At that time, the Lord Jesus incarnated as a man and prayed… 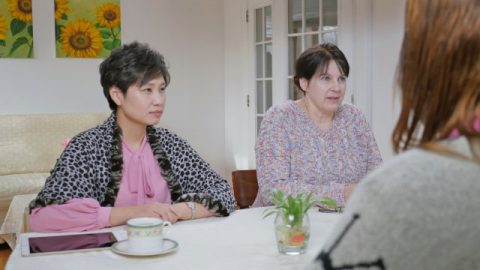 Knowing How to Discern the True Christ and False Ones, I Welcomed the Lord’s Return
By Zhangjie One day, Sister Zhou told me that Sister Wang had invited a preacher to come and preach to us, and I was asked to attend our co-workers’ … 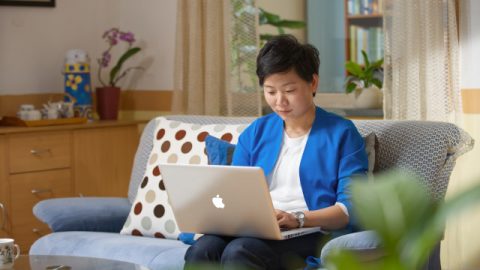 I Have Found the Church That Has the Work of the Holy Spirit
By Yanzhen, Taiwan I started to believe in the Lord since I was little, and I am the fourth generation of believers in my family. After I got married…