Will There Be a New Name of God When the Lord Returns in the Last Days?

Through the former two fellowships, many brothers and sisters in the Lord show that never have they known such great significance of God’s names, much less the backgrounds of God’s choice of His names and the desire of God, despite that they have believed in the Lord for years. Moreover, they have never considered that each of God’s names represents one part of the disposition of God and represents the work of God in one age. Now, we’ll continue to fellowship about the truth of God’s name. Before our fellowship, let’s first give some thought to the following: When God came to perform His work of redemption, He changed His name from Jehovah to Jesus. Then will God change His name when He comes again?

As we all know, God does different works and expresses different dispositions, so He is called different names in different ages. Because the principle of God’s work is never to repeat what He has already completed. This stage of work would be meaningless if He did the same work and was called the same name in different ages. For example, in the Age of Law, God did the work of promulgating laws and commandments and leading the Israelites to live. The Israelites at the time, who abode by the laws and commandments, would receive blessings from God. But if they failed to keep the laws and commandments, they would be cursed by God. In that stage of work, the dispositions God expressed were majesty and wrath, burning and curse. For instance, the priests, who didn’t serve Jehovah God as He required, would be burned by heavenly fire; the common people, who didn’t abide by the Ten Commandments, would be stoned to death. In accordance with God’s work as well as His dispositions expressed in that age, God named Himself “Jehovah.” But at the end of the Age of Law, man was incapable to keep the commandments, with the result that they committed sins continuously. In the end, they even offered crippled or blind oxen, sheep, and doves to God. God did not accept their sacrifices and they could not gain His mercy any longer. Because of such behaviors, they would end up being cursed by God, unable to survive. Therefore, in accordance with the needs of mankind, God was incarnated to do the redemptive work Himself under the name of the Lord Jesus, crucified and becoming man’s sin offering. As long as man prayed to the Lord Jesus, confessed his sins and repented before Him, he would be forgiven of his sins and need not offer oxen, sheep, or doves to God for his sins. Obviously, God’s disposition expressed in the Age of Grace was love and mercy. No matter what sins man committed, man could receive the mercy of the Lord as long as he confessed his sins and repented before Him. Take the licentious woman for example. She was caught and brought before the Lord Jesus, but He did not condemn her but just commanded her not to commit sins from then on. Therefore, in the Age of Grace, God’s name was no longer called Jehovah, but the Savior Lord Jesus who was full of mercy and love. So, if we want to know whether God will be called by any other name in the last days, we firstly need to know what work God will do in the last days. Let’s study several verses in the Bible, “And I saw another angel fly in the middle of heaven, having the everlasting gospel to preach to them that dwell on the earth, and to every nation, and kindred, and tongue, and people, Saying with a loud voice, Fear God, and give glory to him; for the hour of his judgment is come: and worship him that made heaven, and earth, and the sea, and the fountains of waters” (Revelation 14:6-7). “Because he has appointed a day, in the which he will judge the world in righteousness by that man whom he has ordained; whereof he has given assurance to all men, in that he has raised him from the dead” (Acts 17:31). “And if any man hear my words, and believe not, I judge him not: for I came not to judge the world, but to save the world. He that rejects me, and receives not my words, has one that judges him: the word that I have spoken, the same shall judge him in the last day” (John 12:47-48). 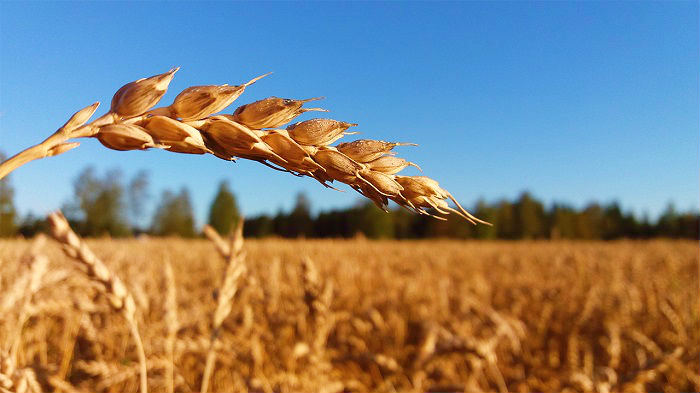 From these verses, we see that God will come to judge all nations and all peoples in the last days. But why will He judge all nations and all peoples? While pondering, I think of the church condition at present. Most believers lose the previous faith and love and are unable to sincerely spend for God. More than a few believers chat and sleep at meetings. Believers cannot hold on to the Lord’s way and teachings any longer. Many illegal things keep emerging in the church, such as struggling for fame and fortune, raising jealousy and strife, stealing offerings, etc. They pursue worldly trends, covet the fleshly enjoyment in sins, living in the cycle of sin and repentance. For example, one of my Christian friends called me and said the other day, “I can’t help committing sins at home, either quarreling with my husband or getting annoyed with my children. In the church, I often show jealousy and hatred toward others on account of some trifles. The Bible says, ‘Follow peace with all men, and holiness, without which no man shall see the Lord’ (Hebrews 12:14). How can a person like me see the Lord’s face? Doesn’t that mean I’ve wasted time all these years?” After she poured her heart out, I felt that I lived in sin and could not overcome sin like her. I could do nothing but comfort her with a few words. But when I thought of the scripture, “For if we sin willfully after that we have received the knowledge of the truth, there remains no more sacrifice for sins” (Hebrews 10:26), I did not know what to say at that time. If I told her keeping confessing sins could allow us to be forgiven by the Lord, this was following doctrines and words obviously. But, are there any choices except confessing sins?

Seeing the two scriptures and thinking about the conditions of the church as well as the state of believers, I think the Lord will do the work of judgment when He returns in the last days. Maybe man will be purified through God’s work of judgment. If not, God will not allow us who are filled with corruption to enter into His kingdom. And the Bible records the Lord Jesus will return to separate the tares from the wheat, the goats from the sheep, and the wicked servants from the good servants, which is, He will do the work of reaping and winnowing, rewarding the good and punishing the evil and classifying man according to kind. Since He will do the work of judgment, He will judge and purify man with righteous disposition, so that man will be classified according to kind. Then, will God bring a new name when doing a new work? I remember the Revelation records: “Him that overcomes will I make a pillar in the temple of my God, and he shall go no more out: and I will write on him the name of my God, and the name of the city of my God, which is new Jerusalem, which comes down out of heaven from my God: and I will write on him my new name” (Revelation 3:12). “And they sing the song of Moses the servant of God, and the song of the Lamb, saying, Great and marvelous are your works, Lord God Almighty; just and true are your ways, you King of saints” (Revelation 15:3). “And I heard as it were the voice of a great multitude, and as the voice of many waters, and as the voice of mighty thunder, saying, Alleluia: for the Lord God omnipotent reigns” (Revelation 19:6). According to the records of these verses, when God comes to do His work, He will take a new name and will be called “the Almighty” to reign as King. So, it is highly possible that God will come to do His work under the name of “the Almighty,” namely Almighty God, when He returns to take us in the last days.

Through studying the Bible these days, I have realized that no matter what name God takes in each age, each name is brought due to the need of the management work. It is not taken at will, but is of age significance. Regardless of the changes to His names, the works of saving mankind are still done by one God, for the principle of His work is to use the name to change the age. When I get the enlightenment and illumination of the Holy Spirit, I have great confidence that I can welcome the return of the Lord Jesus.

Brothers and sisters in the Lord, concerning the mystery of God’s names, let’s end it here. If you have different points of view, please keep in touch with us. We can call on the Lord for guidance together again to know more truths we neglect before.

After reading this article, if you have any gains to share or any questions about God’s name to ask, feel free to click the button at the bottom right corner of the screen to contact us or read the following content. 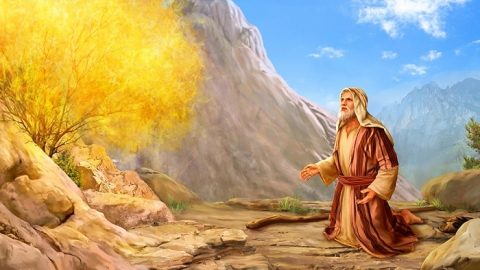 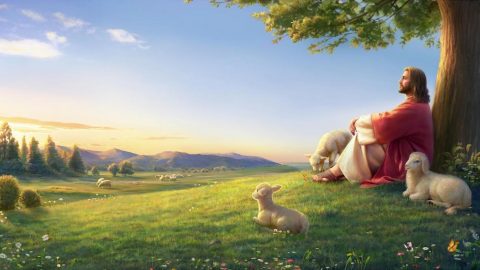 What Is the Meaning of the Name of Jesus Christ? 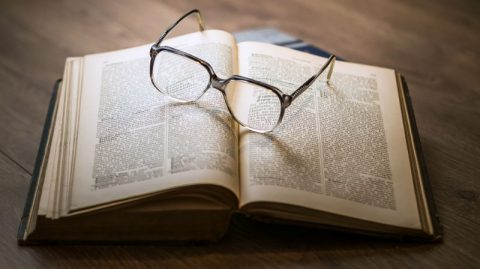 Speaking of God’s name, everyone is familiar with it, for God’s names have been recorded explicitly in verses. Almost all believers know that God was …

Do You Know the Meaning of God Taking Different Names?

As to God’s name, it is a very important aspect of the truth. It is written in Exodus 3:15, “And God said moreover to Moses, Thus shall you say to the…

Being a Christian for all these years, I have been especially interested in the prophecies in Revelation. That’s because in the Book of Revelation the…

It’s recorded in Revelation 3:12: “Him that overcomes will I make a pillar in the temple of My God, and he shall go no more out: and I will write on h…