Spiritual Awakening: I No Longer Say, “If …”

Xinlian wept and complained, “How could I marry you? You are capable of nothing. I can never enjoy a happy life with you in all my life. If …” Her husband sat there in silence, with a helpless look. After her husband went to work, Xinlian sat there and fell into a reverie. Scenes of the past leaped before her eyes, and her thoughts ran back over the past …

Xinlian has a gift for singing. When she was in primary school, she won the first place in the school singing contest. Once, a theatrical college came to her school to recruit students. Her teacher specially informed her to take the examination. On the day when she took the examination, she wore new clothes, and walked toward the examination room happily. She was glad to have the chance to show herself. She wished for a good result to reflect credit on her parents and her school. The exam began. She waited outside the room excitedly …

“Next one, Xinlian.” When hearing her name called, Xinlian was pleased and nervous. After all, it was the first time for her to encounter such a situation. Meanwhile, it also was an opportunity for her to change her fate. She walked into examination room with vigorous strides. The recruiter asked her, “How old are you?” “Twelve,” answered she. The recruiter said, “Well, only twelve. No, you are too young. It must be thirteen at least.” Immediately, her smile faltered. Her dream ended in smoke in an instant. She then thought, “Alas! If only I had told them I was 13 when entering my name.” She didn’t know how she went back home that day.

When Xinlian was in junior high school, her sister couldn’t go to work because she was sick. So their parents wanted Xinlian to replace her sister’s work. However, Xinlian persistently clung to her studies. Her parents had to agree with her. Later, she fell to pass the college entrance examination. Her parents knew she had a good foundation in study, so they repeatedly advised her to cram for the examination. Yet, caring about face, she put an end to her studies, no matter what her parents said.

When she started to reach marrying age, her high school classmate Li Bin asked to marry her. He was a city dweller and promised that he would find her a job if they got married. At that time, it was hard for some people to get in with the townsfolk. But Xinlian was conservative: She felt shy to be in love with her classmate. Consequently, she chose her current husband.

After she got married, her father-in-law died of illness, and her husband became a laid-off worker. Her husband was supposed to replace his father’s work. However, in order to ease their mother of her burden, they allowed their brother to be the replacement. 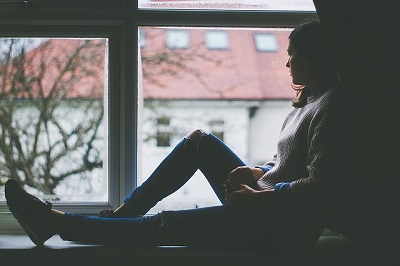 In her spare time, Xinlian always thought: If I had said I was 13 years old when taking the entrance exam for acting school, then my fate perhaps would have been changed. If I had taken my sister’s place at work that year, maybe … If I had accepted my parents’ suggestions and crammed for the exam, I probably would have gotten in to university. If I had chosen to marry my classmate, maybe … If my husband had been the successor, maybe… Recalling this, she lamented over the setbacks she had suffered, over her changing fortunes, and wondered why she couldn’t control her fate. She often regretted her past wrong choices. For this reason, she looked up to heaven to sigh deeply, and the more she thought about it, the more she suffered, sinking into the scenes of “If … maybe …”, and unable to escape. And these also confused her.

One day, Xinlian came across her old classmate Yanmin. They had not seen each other for several years. After greetings, her classmate asked her how things were with her. Xinlian tirelessly told her classmate about her years of ifs and maybes. Seeing Xinlian’s perplexed look, Yanmin tapped her on the shoulder and comforted her, “There are not so many ifs in our life. A common saying goes, ‘Human fate is ordained by Heaven.’ You need not live in pain all day. Here is a book. The word within it is very good. Let me read for you, ‘From the moment you come crying into this world, you begin to perform your duty. You assume your role in the plan of God and in the ordination of God. You begin the journey of life. Whatever your background and whatever the journey ahead of you, none can escape the orchestration and arrangement that Heaven has in store, and none are in control of their destiny, for only He who rules over all things is capable of such work’ (‘God Is the Source of Man’s Life’). ‘Your temperament, caliber, appearance, stature, family in which you were born, your job and your marriage, the entirety of you, even the color of your hair and your skin, and the time of your birth were all arranged by My hands. Even the things you do and the people you meet every single day are arranged by My hands, not to mention the fact that bringing you into My presence today is actually My arrangement. Do not throw yourself into disorder; you should proceed calmly’” (“The Seventy-fourth Utterance”). Hearing these words with authority, Xinlian nodded her head ceaselessly, as if she found the answer. Indeed, no one can control his fate. Looking back over the past years, she had experienced lots of matters great or small, and so many of them were mistakes, but she was unable to do anything with them, and moreover, she was in control of nothing. … Yanmin saw her thoughtful air, saying, “What roles we play in our life are predestined by God. Everyone has his own duty and mission. Our families in which we were born, our jobs and our marriages all are arranged by God. No one can escape from the Creator’s orchestrations and arrangements. Because you haven’t come before God, don’t know the Creator, and don’t believe in His orchestrations and arrangements, you have been resisting them all along, with the result that you are living in such pain. If we can defer to the authority of the Creator, then we won’t have so many ifs and we won’t live in pain. Just as this passage of words says, ‘Only when one accepts the Creator’s sovereignty, submits to His orchestrations and arrangements, and seeks true human life, will one gradually break free from all heartbreak and suffering, shake off all the emptiness of life’” (“God Himself, the Unique III”).

Listening to what Yanmin read, Xinlian felt these words really were good. Later, they usually read these words together, and shared their feelings and understandings with each other. 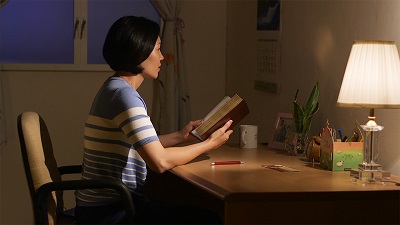 One day, Xinlian saw the words in the book, “Because people do not recognize God’s orchestrations and God’s sovereignty, they always face fate defiantly, with a rebellious attitude, and always want to cast off God’s authority and sovereignty and the things fate has in store, hoping in vain to change their current circumstances and alter their fate. But they can never succeed; they are thwarted at every turn. This struggle, which takes place deep in one’s soul, is painful; the pain is unforgettable; and all the while one is frittering away one’s life. What is the cause of this pain? Is it because of God’s sovereignty, or because a person was born unlucky? Obviously neither is true. At bottom, it is because of the paths people take, the ways people choose to live their lives. … After you recognize this, your task is to lay aside your old view of life, stay far from various traps, let God take charge of your life and make arrangements for you, try only to submit to God’s orchestrations and guidance, to have no choice, and to become a person who worships God” (“God Himself, the Unique III”). Not until she read these words did she realize that the reason why she lived in pain was not because God doesn’t rule well, nor because her fate arranged by God is bad, but because after having been corrupted by Satan, she always relied on the rule of life “The fate of man is controlled by his own hands” to live, wanted to control her fate, and failed to obey the situations orchestrated by God. This is actually the base means by which Satan corrupts and deceives man to stay away from God. For these sakes, she lived in pain. After understanding this, she came before God and prayed to Him. She resolved to bid farewell to her previous lifestyle, leave her all under the control of God, obey the Creator’s plans and His sovereignty in her rest time, and follow God to live a meaningful life.

Xinlian then read these words to her husband, and he nodded approvingly. Afterward, with the fellowship of a friend, her husband also accepted God’s work. On one occasion, due to a small thing, she complained about her husband again, “If …” Her husband interrupted her, and said seriously, “Everything has been predetermined by God. You have no way to control yourself, nor do I. Only obeying the Creator’s plans and His sovereignty is the wisest option. …” At his words, she was so ashamed that she could find no words. From then on, she didn’t say, “If …”; rather, she learned to obey the Creator’s plans and His sovereignty in everything. Practicing in this way, she felt more and more relaxed, free, liberated. 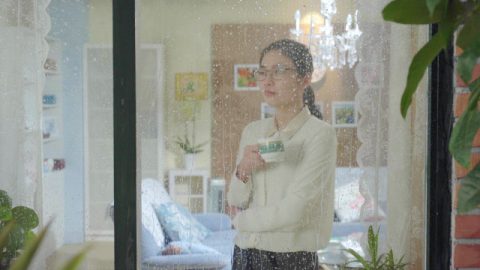 No Longer a Slave to Money, I Have a True Life 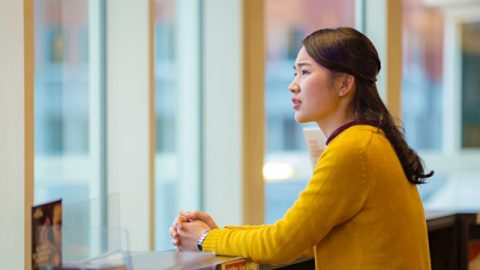 As Christians, How Can We Lose Faith in God in Such Minor Setbacks? 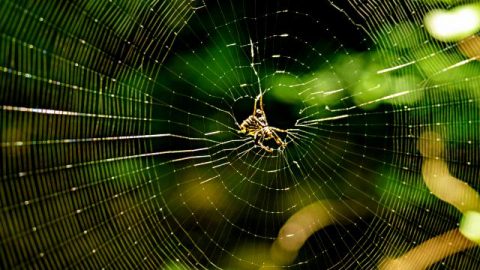 How to Get Rid of the Pain of Spiritual Emptiness 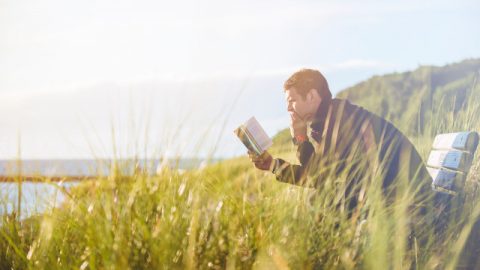 How I Resolved My Spiritual Emptiness
By Si Ming, South Korea In the early morning, I sat at my small desk by the window, quietly watching the dance and song video The Happiness in the Go… 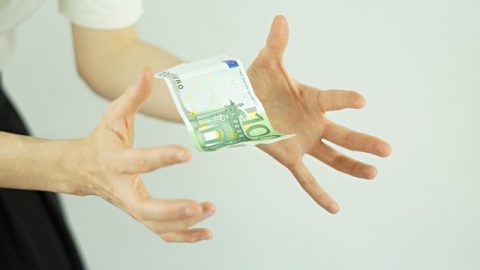 True Meaning of Life: Is Money the Only Goal of Life?
By Su Meng, China As the saying goes, “Money isn’t everything, but without it, you can do nothing.” Countless people struggle hard for money and live … 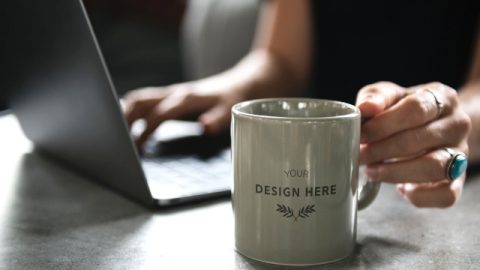 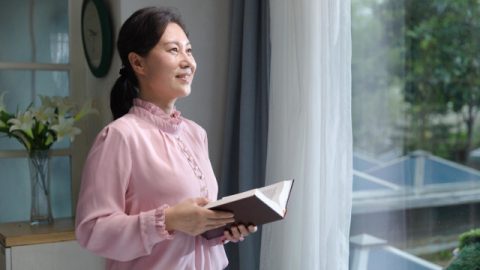