A Sober Reflection on the Lesson and Sorrow of the Jews

As is known to all, two thousand years ago, the Lord Jesus began the Age of Grace, spread the gospel of the kingdom of heaven, and did the work of redeeming mankind. No sooner had He uttered the words than the lame could walk, the dead were resurrected, the wind and the waves became calm, and so on. He was able to accomplish all things and possessed of authority and power, just like the Creator, who used the words to create the heavens and earth and all things. Moreover, He brought man new ways of practice by expressing the truth of loving your neighbor as yourself, loving your enemies, and being patient and forbearing. Although the Lord Jesus preached the way of repentance beyond the scope of the law, all those who truly believed in God and longed for the arrival of the Messiah at the time, such as Peter, John, Jacob, and other disciples, knew from what He had said and done that He was God’s incarnate flesh and lived vivid and lifelike among the people with His identity as Christ. Thus, they followed Him steadfastly. On the contrary, the Pharisees and the leaders in Judaism not only didn’t recognize the Lord Jesus as the incarnate God Himself, but stuck to the words of the Old Testament to condemn and oppose Him. And the Jews didn’t have their own views and discernment and were hence deceived. In the end, they colluded with the Roman government to nail the Lord Jesus to the cross. In no way could they receive the Lord Jesus’ forgiveness and pardon after they committed the heinous crime of blasphemy against God. At the mention of the destruction of the Jewish nation nearly two thousand years ago, later generations always feel depressed, and are overcome with emotion. 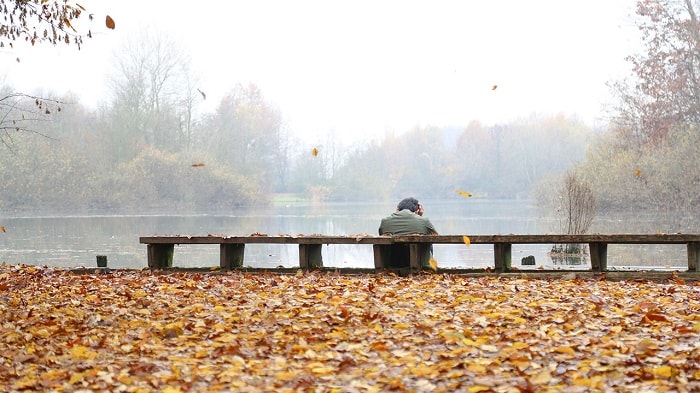 Some people say that the aim of remembering history is to heed the lessons. Indeed, the Jew’s painful lesson is very important for us to welcome the Lord’s second coming in the last days. The Lord Jesus has prophesied, “For as the lightning, that lightens out of the one part under heaven, shines to the other part under heaven; so shall also the Son of man be in his day. But first must he suffer many things, and be rejected of this generation” (Luke 17:24-25). The Lord prophesied that He will still endure the suffering of the world’s rejection when He returns in the last days. That is to say, the tragedy will unfold again: Men in the last days will condemn and resist the return of the Lord. Maybe many people will make vows before the Lord, promising that they will learn lessons from the Pharisees and never be the ones who reject His second coming. But have you ever given thought to whether it is enough to draw lessons from the Jews merely by witnessing the consequence of their committing evil? And what’s the source of the Pharisees’ resistance to the Lord Jesus? On the surface, it was because they held onto the words of the Old Testament and their own conceptions and imaginations that they condemned and denied the Lord Jesus, who was not called the Messiah. But in fact, that was not the primary reason. Their ulterior motive was recorded in the Bible, “Then gathered the chief priests and the Pharisees a council, and said, what do we for? this man does many miracles. If we let him thus alone, all men will believe on him: and the Romans shall come and take away both our place and nation” (John 11:47-48). It can be seen that the Pharisees knew clearly that the Lord Jesus could express the truth and display signs and wonders, which could not be attained by any man. However, as more and more people believed in and followed the Lord Jesus, they were afraid that the whole Judaism would exist no more if over time all people followed Him. By then, they would lose their status and livelihood. Hence, they joined hands with the Roman government to kill the Lord Jesus for the sake of their status and power. So, the root cause for which the Pharisees resisted the Lord Jesus was absolutely not merely holding to their conceptions and imaginations in a moment of confusion. In terms of caliber, gifts, and knowledge of the Bible, many people of that time could not compare with them. While they clearly knew the Lord Jesus was God, they still set themselves in stiff-necked opposition to Him. Didn’t it utterly expose their satanic nature of hatred of God and truth? The Lord Jesus defined them as such, “But woe to you, scribes and Pharisees, hypocrites! for you shut up the kingdom of heaven against men: for you neither go in yourselves, neither suffer you them that are entering to go in” (Matthew 23:13). “Woe to you, scribes and Pharisees, hypocrites! for you are like to white washed sepulchers, which indeed appear beautiful outward, but are within full of dead men’s bones, and of all uncleanness” (Matthew 23:27).

Taking History as a Mirror, How Should We Welcome the Return of the Lord?

In the last days, if the work of the returned Lord Jesus is not in conformance with our conceptions and touches our fleshly interests, as a pastor, elder, or ordinary believer in the church, will we involuntarily resist God for the sake of status, power, fame and money, which we cherish and admire, as the Pharisees and the Jews did? If it’s hard for us to choose between the truth and benefits, then aren’t we easy to repeat the mistake of the Pharisees? It is truly our great blessing to be born during the last days and have the chance to welcome the Lord’s return! But if we are not able to clearly understand the root of the Jews’ resistance to God and take warning from it all the time, once we make the same mistake and miss God’s salvation, then we will bitterly regret. In the world, if we fail to pass the college entrance examinations, we can repeat a year of high school and try again. But we have just one chance to seek God’s salvation in the last days. It is prophesied in Revelation 1: 7, “Behold, he comes with clouds; and every eye shall see him, and they also which pierced him: and all kindreds of the earth shall wail because of him. Even so, Amen.” God comes during the last days to take those who have followed the footsteps of the Lamb into the kingdom of heaven. After that, He will bring down the great disasters to reward the good and punish the wicked and destroy the old world. Therefore, God’s work in the last days will not last long. Before the great disasters arrive, if we can’t actively seek and investigate the work of God and follow His footsteps, when God publicly judges all nations and peoples, then it will be too late to regret and weep, much less will there be any way we can redeem it!

God’s Salvation
Previous Post Who Has Hindered You From Following God?
Next Post 2 Principles for Discerning Between the True Christ and False Ones

By Xiaoguo Many brothers and sisters in the Lord are familiar with the word “salvation,” and we all look forward to gaining God’s salvation when He a…

What Is More Valuable Than Money

By Shunxin, Thailand Editor’s Note: If you have someone like this in your life, someone who wants to become wealthy but never succeeds, and who lives…

If you can clearly understand many truths, you will feel that all matters are easy to put into practice, that you can overcome this issue,

Why Is the World So Dark and Evil - Gospel Movie Clip "Child, Come Back Home" (2)

Previous：There Is a Way to Break the Addiction of Young Web Addicts – Gospel Movie Clip “Child, Come Back Home” (1) Next: Sincere Faith in Go…