My Future Plans Upset: What to Do About It?

Recently, I saw such an issue on the Internet: “I have my own plans in all things. So every time something unexpected happens, I am unhappy and full of complaining, which makes my families and friends dare not talk to me. I don’t know how to deal with plans and changes.” This is a reality. Everyone’s life is full of variables, which are inevitable and unexpected. If we are often distressed for our plans are disorganized by the emergency, we will have to be confronted with much suffering. Now, I’d like to talk about my experiences and understanding about this issue. 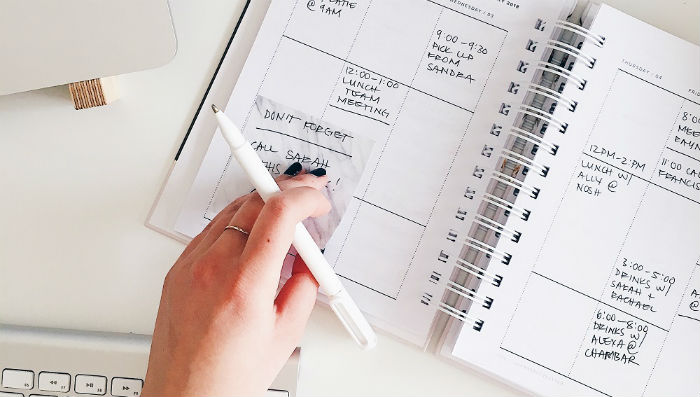 Actually, I used to plan for my future both in my daily life and life course. I would be disappointed when I could not achieve my expected goal. Sometimes I would be joyful when the outcome was better than what I had expected. As time went by, I gradually found that the more I wanted to control my own life, the more variables there were. I struggled time and time again, but I failed time and time again. It seemed that I was vying against an unseen mysterious power, but I was always the loser. Take me, for example, after graduation and entering the society, for the sake of my future prospects, I turned to my influential grandfather for a good job. Contrary to all expectations, my grandfather was self-disciplined and he saw his reputation as especially important. As a result, my plan came to nothing. Full of grievances, I complained everyone and everything for my hard fate and lived in pain. Afterwards, I didn’t submit to my fate, and went to work again. However, taking advantage of non-native workers living in the company, the manager, a cunning guy, often ordered us to work overtime without overtime pay. At last, I returned to my origin several years later. Why did my plans always fail to succeed time and again? I was puzzled, and I didn’t know what the reason was.

From these verses, I came to understand that everything of man, including man’s birth and death, weep and laugh, success and failure, saying and doing are all in God’s hands. That is to say, God has ruled and predestined our entire life. What families we are born into, what jobs we have, what talents we possess, and what will happen to us, who we will meet and what words we will say in our daily life, all of these things are beyond our control. Even the things that happen in a minute or a second are held in God’s hands. Furthermore, we can make plans for our daily life and future, but no matter how we plan, we can’t transcend God’ dominion. No wonder my own plans were hardly fulfilled as what I expected. I not only was ignorant of God’s sovereignty, but also struggled against God’s ordination and sovereignty, vied against God all along according to my plan, desiring to cast off God’s dominion and take my fate into my own hands. What I have done only dropped me into immense affliction. And the pains were getting deeper or weaken with the gap between plans and changes. So I usually vented my pain on people around me unconsciously. What’s more, like a time bomb that may be detonated at any time, I always harmed the innocents and broke up the relationship between my families and I. At last, my life became a mess. From all these things, it can be seen that the reason why we are painful is that we don’t submit to God’s authority and we always walk contrary to God and choose our own way of living.

Then faced with this situation, what attitude should we have?

It is written in the Bible, “Rejoice ever more. Pray without ceasing. In everything give thanks: for this is the will of God in Christ Jesus concerning you” (1 Thessalonians 5:16-18). “Behold, to obey is better than sacrifice, and to listen than the fat of rams” (I Samuel 15:22).

Actually, all things that befall us are orchestrated and arranged by God, especially the unexpected things, and there must be God’s good purpose in them. There is a sister who likes traveling very much. One time, she made an appointment with her friend to visit a place for several days. After she prepared all things well, some matters occurred to her friend’s unit. Her friend needed to deal with the things, so they had no choice but to give up the travel. Several days later, she saw the news that landslide and mudslide occurred in the place where they had planned to go and the time was the day when they planned to travel. Just then, she suddenly realized that God was protecting her by His arrangement. Moved by what God has done, she was willing to believe in God all her life and give herself to God. So we should not limit our lives and life to our own thoughts. On the contrary, we should obey God’s orchestration and arrangement, experience life, and know His sovereignty. Then we can see that all things God arranges for us are good, and God’s good will always hides behind them. Also, we can gain more colorful experiences in tribulations. From this we can see that if we can seek and pray to God to grasp God’s intention, and obey God’s manipulation instead of doing all things according to our own ideas and plans, we will no longer fall into distress but feel free and relax in our heart.

Looking back upon the road I have walked, if I had realized my dream at the beginning, I wouldn’t have come before God. During the hardship I have known God and believed God’s sovereignty. I am willing to put my whole life in God’s hands. Though I have no good job in the world, I can perform my duty as a created being. I coordinate with brothers and sisters to serve God everyday and we make up for each other’s shortcomings. Even though there are some problems among us, we can seek, pray to, and rely on God and solve them by God’s word. And thus everything becomes easy, which liberates me and makes me at ease. When I am willing to submit to God’s sovereignty, the unexpected things in my life no longer are my worries, but my best chances of knowing God’s wonderful deeds.

Thank God! All the glory be to God!

Previous Post Experience Tells What God Arranges Is the Best
Next Post A Teen True Testimony: How I Overcome My Online Game Addiction

Her Recipe for Happiness: Accepting Her Flaw

By Zhang Zhen “Little squirt, little squirt … Ha ha ha …” These words smashed Xiaoguo’s heart like a hammer. Not until Xiaoguo walked far off did th…

What Is More Valuable Than Money

By Shunxin, Thailand Editor’s Note: If you have someone like this in your life, someone who wants to become wealthy but never succeeds, and who lives…

By Zihan, United States Sitting before my father’s sickbed and watching him with tubes all over his body, I felt heartbroken: Yesterday he could stil…