How to discern orthodoxy and cults?

How to differentiate between the cult and orthodoxy? There are principles of the truth to seek in it, and they are not differentiated according to any political party’s or any person’s view at will, much less according to any state or any constitution. If they’re differentiated in this way, it’s unfair. First, we must be certain what “rightness” is before we can ascertain the true way. Only the truth is the positive thing, and is the root of anything “right.” Where does the truth come from? The truth comes from Christ, and Christ is the embodiment of God’s Spirit, so the truth comes from God. All those come from God are positive things. 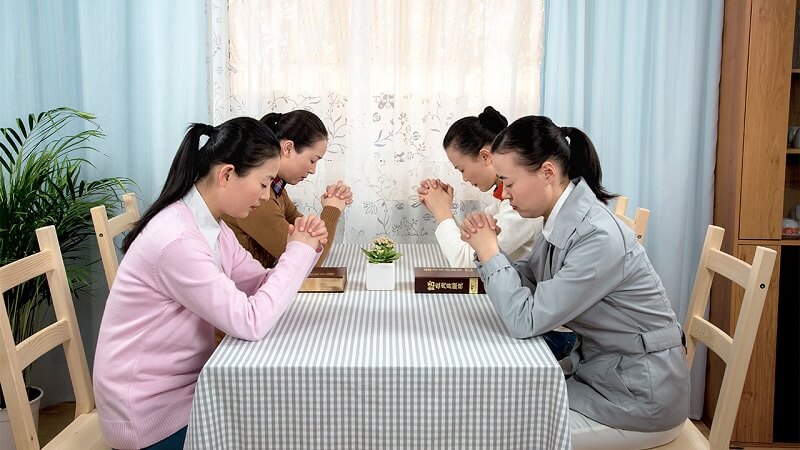 Besides, whether a religion or a church is a cult should be judged by the majority, all people of faith, and people around the world according to the universally acknowledged value, which is just. It’s kind of absurd to judge a religion as a cult only based on the constitution formulated by the atheistic Communist Party, for it itself is atheistic and doesn’t acknowledge the existence of God at all, much less know God. It resists God and is the enemy of God. It can be said it is not eligible to comment on things of belief in God, much less to condemn any group or church that believes in God. In fact, the Communist Party has openly labeled the Bible as a cult book and designated all groups and churches that believe in God as cults, including Christian churches, all the house churches, and other religious groups. This is a generally acknowledged fact. Since the Communist Party assumed power in Mainland China, it has always restricted, oppressed, and persecuted believers in God by all kinds of cruel means, and deprived people of their freedom of belief. Also, it has used the public opinion, and political and legal means to pressure and threaten believers, forbidding them to worship and follow God. In contrast, it asks people to worship it, submit to it, and continue to receive its rule and serve it. Furthermore, it advocates that it’s the Communist Party which bestows happiness on people and that it is the “bread giver” of Chinese people, which is truly brazen and unreasonable. From these, we can see that the Chinese Communist Party is a real evil party and cult and it is more brutal than fascists. At present, the evil Chinese Communist Party is the most ruthless, ferocious, and frenzied resister of God. It exploits, cheats, and suppresses people most fiercely, and has trapped and slaughtered more people than anywhere else in the world. What it has done has long incurred God’s wrath and man’s resentment. So, China is a country that has the most escapers and whose people have a strongest wish for immigration in the world. They all want to escape from China, the devilish prison. It now has been a fact known to the whole world. Therefore, the illegal party that seized power by lies, deception, and violent slaughter, simply has no right to judge or condemn any religion or church to be an orthodox church or a cult. In addition, the constitution of the Chinese Communist Party is not in accordance with the International Convention of Human Rights at all. Although it has signed and agreed with some regulations in the Convention, that is merely cheating the people and the world. In reality, it never acknowledges, accepts, or obeys it. Thus, the constitution of the Chinese Communist Party is not at all true law. It is formulated for the people as the instrument to restrict and bind them, while they themselves never abide by it. It can be said with certainty that in any country under the dictatorship of the Communist Party, there is no law at all. All its government officials and policemen have ever claimed publicly that they are the law and what they say is law. So, in the countries ruled dictatorially by the Communist Party, power is always greater than law, which results in the present lawless situation. Therefore, the Chinese people have long distrusted its nonsense, for all that it says is heresy and fallacy, which distorts the facts, confuses black with white, and is totally unreasonable. And all that it says are lies that cheat people, blind people, and play with people. No one trusts its words.

Previous Post Why Should Mankind Believe in God?
Next Post We believers in God don’t participate in politics, but only perform our duty.

Facing Spiritual Desolation, How Can I Find the Lord’s Presence?

By Zhengdao, Germany One morning, when I sat reading the Bible at the window, I saw these verses: “This know also, that in the last days perilous tim…

Dear Lingyun: Hello! In your letter you asked: “We are familiar with the Bible and work hard to practice the Lord’s word, but why are we still unable…

New Understanding on “the Only Son”: It Doesn’t Imply That God Is Male

By Yan Xi, Japan The notion of God’s gender was deeply rooted in my heart. I grew up in a Christian family. Every year when the Spring Festival came, …

By Chen Hui The breeze of spring gently blew. Zhong Hui sat at her desk holding the Bible, deep in thought: “Nowadays disasters are growing ever wors…
9:18