Film Review: An Analysis of the Characters in Who’s Nailing God to the Cross Again?

The title of this film—Who’s Nailing God to the Cross Again—is distinctive. It is an interrogative sentence. Generally, very few films are named as a sentence, especially an interrogative one. If we go taste of it carefully, we will find it seems like someone’s lines in the film, or a question that the directors put to the audience. People who understand somewhat of the history of Christianity all know that the Pharisees associated with the Roman government to crucify the Lord Jesus two thousand years ago. But in this title, there’s a word “again,” which indicates “a second time.” What is that about? Who is the man that is nailing God again? The suspense-style title makes the audience want to see the film and look for the answers to these questions.

At the beginning, with epic style and modern special-effect technology, the film reproduces the historical fact that the Lord Jesus was crucified two thousand years ago. Somber color, solemn background music, and the red-hot iron nail—all of these build a sorrowful and heavy atmosphere, which brings us to the moment when the Lord Jesus was suffering punishment. Next moment, the rapidly retreating cross makes us feel as if it had led us to travel through a time warp and back to the present. The red title appears on the antique wall, which shows a strongly cautionary meaning.

When the scene goes back to the real life, the lead Gu Shoucheng, a pastor in a denomination, appears. “Gu Shoucheng,” as implied by the words, means stubbornly guarding the city. On the outside, Pastor Gu is amiable and gentle, but when referring to the Church of Almighty God, he takes a series of actions which differ from his previously pious behaviors. The great contrast manifests his hypocrisy. Especially, in the scene where he takes a walk, his inner soliloquy describes the complex and contradictory battle inside him. It compels us to have a deep thought: Many historical facts tell us that those with a closed attitude are the silliest, and are also seeking their own destruction. The pastors and elders are the ones who lead many believers and directly serve the Lord in the church, what attitude should they take toward the Lord’s return in order to be devout? And, how should they lead believers to welcome the Lord in order to be after His heart?

This is Wang Sen, an elder in the church. He is Pastor Gu’s right-hand in the film. In order to keep his status and job, Elder Wang, regardless of the opposition of Zhen Mudao and the others, colludes with the CCP government to arrest the Eastern Lightning preachers everywhere. He even has spoken in wild phrases many times that he will never accept Eastern Lightning no matter who accepts it, even if it is the true way. With the appearance of Wang Sen and others, the history of the religious world joining hands with the government to persecute the Lord Jesus’ disciples two thousand years ago is being played out again. At the end of the film, when Elder Wang and the CCP police are on the way to arrest the preachers of Eastern Lightning, he dies from a car accident. Such a consequence astonishes everyone, including Pastor Gu. They are confused: Elder Wang was “defending the Lord’s way.” But why didn’t the Lord keep him? Aren’t his deeds after God’s heart?

This is Liu Shaode. His acts are really wicked. In the film, he recklessly spreads the lies and fallacies from the CCP government to confuse and bind other believers. Such kind of people is really common in real life. He butters up his leaders, takes advantage of situations, and is a faithful lackey of his leaders. In some occasions, when Pastor Gu is inconvenient to say something, he does it on Pastor Gu’s behalf and maintains Pastor Gu’s ideal image and bearing before believers. In the film, the roles of Liu Shaode adjusts atmosphere and promotes the development of the plot.

Zhen Mudao represents those people who hunger for and seek the truth in religion, and he is the mainstay in the film. Regardless of what the status of the person before him is, he dares stand up to speak for justice and hold his ground uprightly and tenaciously. Because of his appearance, there is an obvious contrast between justice and wickedness, brightness and darkness, which increases the artistic quality of the film. In today’s religious world, there are really few devout believers like Zhen Mudao. Pray to God that more such believers may appear.

Han Huimin, Gu Shoucheng’s wife, is a common believer and housewife. Although her lines are not too many, each of her appearance can link up the plots. Moreover, her words are fair, objective and weighty, and her opinions stand in stark contrast to her husband’s, which can be described with a line of a witty skit, “What a great gap in being a man between the couple who live in the same environment!”

Compared to art forms, the film, Who’s Nailing God to the Cross Again, contains even more cautionary meaning. As a Christian, are you believing in God or following man? Are you listening to God’s teachings or people’s words? Who can decide the outcome of us human beings, God or pastors and elders? How should pastors and elders treat the Lord’s return? When hearing about the Lord’s return, should they lead believers to humbly seek and investigate, or stubbornly resist and reject it? These are the questions that every believer should ponder over. At the end of the film, Elder Wang’s death and Pastor Gu’s insanity give us food for thought. 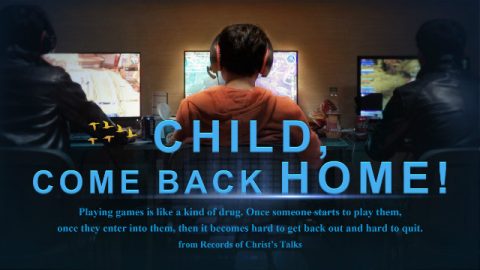 After Watching “Child, Come Back Home”—Only God Can Save Lost Child 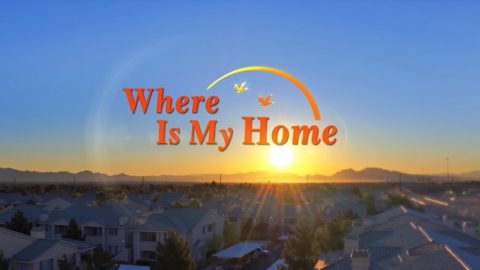 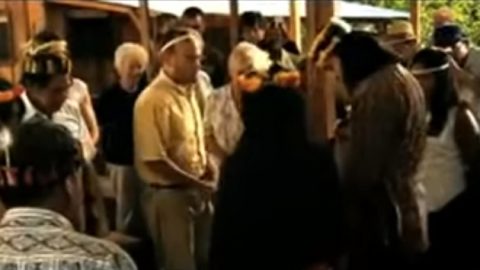 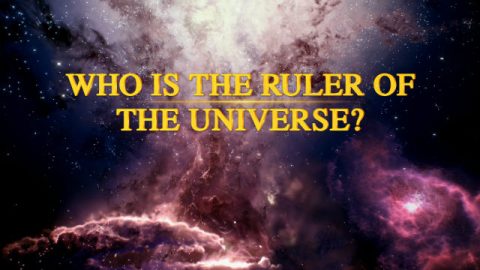 Review of The One Who Holds Sovereignty Over Everything: Experience Authority and Power From the Creator’s Rule
By Si Fan, South Korea The long-awaited twentieth musical documentary was eventually shown. With excitement, I saw it twice at a stretch and my horizo…

Review of ‘Deadly Ignorance’: Dissection of Characters
By Qiuling Recently, I watched a movie entitled Deadly Ignorance. Upon seeing the title, I couldn’t help admiring the director’s wisdom and talents be…