Can one be saved if he does not believe in God but only accumulates good deeds without doing evil? 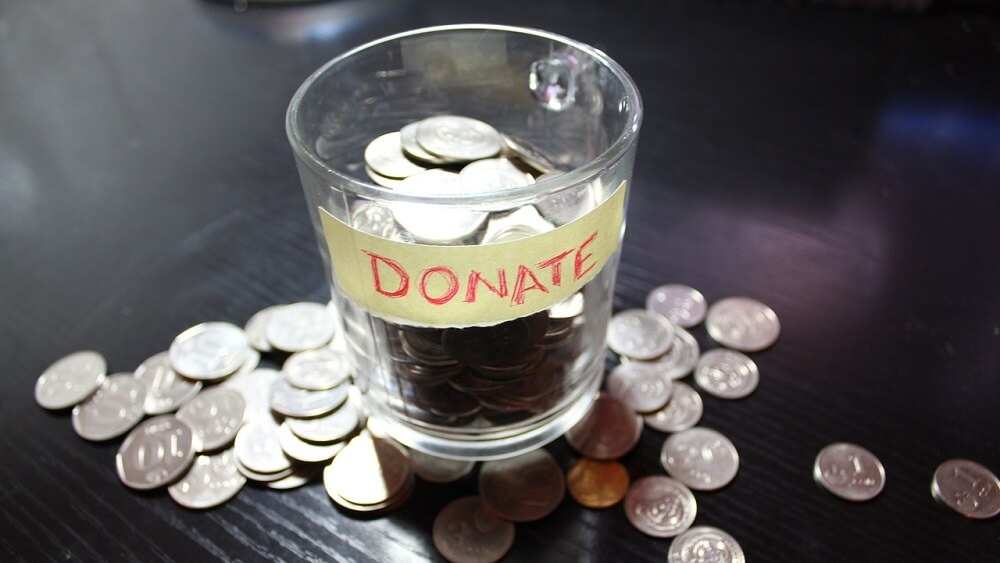 “… without the guidance of God, no matter how much rulers and sociologists wrack their brains to preserve human civilization, it is to no avail. No one can fill the emptiness in man’s heart, for no one can be the life of man, and no social theory can free man from the emptiness with which he is afflicted. Science, knowledge, freedom, democracy, leisure, comfort, these are but a temporary respite. Even with these things, man will inevitably sin and bemoan the injustices of society. These things cannot allay man’s craving and desire to explore. Because man was made by God and the senseless sacrifices and explorations of man can only lead to more distress. Man will exist in a constant state of fear, will not know how to face the future of mankind, or how to face the path that lies ahead. Man will even come to fear science and knowledge, and fear even more the feeling of emptiness within him. … Man, after all, is man. The position and life of God cannot be replaced by any man. Mankind does not just require a fair society in which everyone is well-fed and is equal and free, but the salvation of God and His provision of life to them. Only in this way can the needs, yearning to explore, and spiritual emptiness of man be resolved. If the people of a country or a nation are unable to receive the salvation and care of God, then such a country or nation will tread the road to ruin, toward darkness, and shall be annihilated by God.”

“It is a truism that ‘there are no righteous upon this earth, the righteous are not in this world.’ When you come before God, consider what you’re wearing, consider your every word and action, all of your thoughts and ideas, and even the dreams that you dream every day—they are all for your own sake. Is this not the true state of affairs? ‘Righteousness’ does not mean giving alms, it does not mean loving your neighbor as yourself, and it does not mean not fighting, arguing, robbing, or stealing. Righteousness means taking God’s commission as your duty and obeying God’s orchestrations and arrangements as a heaven-sent vocation, regardless of the time or place, just like all that was done by the Lord Jesus. This is the very righteousness spoken of by God. That Lot could be called a righteous man is because he saved the two angels sent by God without care for what he gained or lost; what he did at that time can be called righteous, but he cannot be called a righteous man. It was only because Lot had seen God that he gave his two daughters in exchange for the angels. But not all of his behavior in the past represents righteousness, and thus I say that ‘there are no righteous upon this earth.’ Even among those who are in the stream of recovery, no one can be called righteous. No matter how good your actions, no matter how you appear to glorify the name of God, not hitting and cursing others, or robbing and stealing from them, still you cannot be called righteous, for such things can be possessed by any normal person. Today, what’s key is that you do not know God. It can only be said that today you have a little normal humanity, yet you are bereft of the righteousness spoken of by God, and thus nothing that you do is proof of your knowledge of God.”

from “The Wicked Must Be Punished”

“The standard by which man judges man is based on his behavior; one whose conduct is good is a righteous person, and one whose conduct is abominable is wicked. The standard by which God judges man is based on whether one’s essence obeys Him; one who obeys God is a righteous person, and one who does not obey God is an enemy and a wicked person, regardless of whether this person’s behavior is good or bad, and regardless of whether this person’s speech is correct or incorrect. Some people wish to use good deeds to obtain a good destination of the future, and some people wish to use good speech to purchase a good destination. People falsely believe that God determines man’s outcome according to his behavior or speech, and therefore many people will seek to use this to gain a temporary favor through deceit.”

from “God and Man Will Enter Into Rest Together”

from “God and Man Will Enter Into Rest Together”

Dear brothers and sisters, if you have any understanding or enlightenment from God,

1. The online chat window at the bottom of the website

2. Send an email to info@rainbowtoken.com.

We sincerely hope we’ll grow spiritually through sharing with each other.

God’s Salvation
Previous There Are Many Opinions Concerning the Standard With Which God Establishes Man’s Outcome
Next The Bible says, “If we sin willfully…, there remains no more sacrifice for sins.” How can man break free from the bondage of sin?

Yang Le Wuhai City, Inner Mongolia Autonomous Region When I was still at school, my father grew sick and passed away. After he died, uncles on both si…

What Is True Salvation?

Hello Sister Wang Qiao: As is known to us believers, the Lord Jesus carried out a stage of work of redemption for mankind. The pastors and elders oft…

Salvation is a meaningful Christian film. The screenwriter uses the experience of a Christian in mainland China as an example to tell the story of how…

What Does It Mean to Be Saved and Attain Full Salvation?

Whenever the difference between being saved and attaining full salvation is mentioned, there are perhaps some brothers and sisters who will say, “Is t…