The moon follows the sun, rivers run on the earth, and the seasons follow one another in rotation—all things continue to thrive. The Creator’s authority and sovereignty exist among every corner of the heavens and the earth and all things.

Whenever flipping through the calendar, I’m always overcome with emotion: God’s authority is everywhere, and His deeds are much admired. As far as the eye could reach, the vast heavens and earth, the brilliant sun and moon are all the manifestations of God’s wondrous deeds. Countless changes occur in the world. And all things change in an orderly way. Years roll on with time, and the seasons go and seasons come according to the orders of God, without the slightest error. We feel the rain and shine, coldness and warmth, and feel the continuation of life in the cycle of the seasons.

Listen to the Gentleness of Spring

Tick-tock … tick-tock…. Spring rain tapped the earth, bringing the gift to all things and validity mother earth. Later, the rain stopped, the sun wore a smile on its face, and warm sunshine shined upon the earth. The raindrops on the leaves were glistening and colorful in the sunshine like pearls. The breeze touched the melted lake, with limpid waves rippling, as if a water ballet was showing. Sunshine shone upon, rainwater nourished and watered the bare earth. Grass was awaken by the breeze and broke from the ground quietly, opening its eyes slowly, enjoying the morning dew, being bathed in the brilliant sunshine. The hibernated animals were wakened by the spring, stretching and emerging from their caves, and began their duty in a new year. Mountains changed their new face, grassland had its green blanket on, and in the field one hundred flowers bloomed. Butterflies hovered over the flowers, one hundred birds twittered on branches. I strolled between heaven and earth, walked in the field, and raised my camera to capture the instant of the sprouting of life, keeping them in my album as an eternal memorial.

Look at the Magnificence of Summer

Zing–a–zing–a…. With the continuous trilling of cicadas, we bid farewell to the gentleness of spring and met the magnificence of summer. In the morning, sparkling and crystal-clear dew blinked its eyes, and naughtily hopped in grass and among flowers, like beautiful dancing notes. The industrious bees flied back and forth from flower to flower and foraged for pollen, busy in producing fruit; the crickets gently hummed hiding in the grass by the side of the road; the birds shuttled through branches. The cool breeze in summer was cute and naughty, leaping, chasing, sometimes flying high, sometimes sweeping the ground, dancing with flowers and grass, and playing music for leaves. The weather in summer was also changeable: Just now it was sunny, but a moment later, darkness clouded the whole sky, with lightning and thunder splitting the air, and then it poured with rain. The misty rain draped a gauze gown over the ground. All things were receiving baptism and nourishment and thrived in the lush season. I raised my camera to capture the most vigorous moment of all things and also collected it in the album.

Taste the Sweetness of Fall

Rustling … rustling…. The wind blowing falling leaves let go of summer, and welcomed the harvest season. The wind slowly blew with a hint of fragrance of ripe fruit. With my eyes lifting up to look, it turned out that Chinese sorghum turned red in its face; the rice doubled over with laughter; corn had its orderly seeds bare; the soya bean rang the bell singing; the apples with blushes flicked off the leaves to look outside, which caused pomegranates grin; the ruby jujubes covered branches; the ripe oranges were like bright yellow lanterns; the watery grapes slightly swung in the wind; the yellow pears hanged up on the branches like lanterns…. In the field was a joyful scene of a bumper harvest. The farmers, taking sickles, drove tractors shuttling in the field; they reaped while they were singing loudly, absorbed in the happiness from the bumper harvest. No sooner did I raise my camera than I heard the sweet laugh of children. Turning around, I spotted several children chasing and laughing, with all smiles on their young faces. I captured pictures of the naive smile and the pleasant scene.

Enjoy the Peace of Winter

Floating and scattering…. The winter made its big entrance. Snowflakes riding the north wind leisurely floated down from the air, embellishing the vast north country, like goose feathers dancing in the wind, or like flourishing pear-petals. Looking ahead, the wires were like white chords, and the heavens and earth merged into one; the dry branches and weeds in the field were all covered by snow, and all were white, beauteous. Children were making snowman and riding in a sled. People were enjoying the peace and ease of the winter in the sea of silver, and everything was getting fresh and renewed. Snowflakes with a cold wind dropping on my face, I felt cool and comfortable. I couldn’t help stretching forth my hands to receive snowflakes, but they melted gradually in my hands. I captured the magnificent pure white world and collected it in the album, waiting for the time when the next spring comes and new life sprouts.

The seasons come and go, and the flowers bloom and wilt. I softly flipped through the album full of the scenery of four seasons: spring with its flowers, fall with its abundant fruit, summer with its lotus, and winter with its flying snow. Natural and harmonious scenery in every picture is the masterpiece of the Creator. The four seasons keep alternating under the sovereignty and arrangement of the Creator. Just as God’s words say, “The heavens and earth and all things, the universe, the starry sky, the four seasons of the year, that which is visible and invisible to man—they all exist, function, and change, without the slightest error, under the authority of God, according to the orders of God, according to the commandments of God, and according to the laws of the beginning of creation. Not a single person or object can change their laws, or change the inherent course by which they function; they came into being because of the authority of God, and perish because of the authority of God. This is the very authority of God.”

“The authority of the Creator not only gives the vitality of life to seemingly static material objects, so that they will never disappear, but, moreover, gives the instinct to reproduce and multiply to every living being, so that they will never vanish, and so that, generation after generation, they will pass on the laws and principles of survival endowed to them by the Creator. The manner in which the Creator exerts His authority does not rigidly adhere to a macro or micro viewpoint, and is not limited to any form; He is able to command the operations of the universe, and hold sovereignty over the life and death of all things, and, moreover, is able to maneuver all things so that they serve Him; He can manage all the workings of the mountains, rivers, and lakes, and rule all things within them, and, what’s more, is able to provide that which is needed by all things. This is the manifestation of the unique authority of the Creator amongst all things besides mankind. Such a manifestation is not just for a lifetime, and shall never cease, or rest, and cannot be altered or damaged by any person or thing, nor can it be added to or reduced by any person or thing—for none can replace the identity of the Creator, and, therefore, the authority of the Creator cannot be replaced by any created being, and is unattainable by any non-created being.”

A breeze flitting by my ears, I looked at the green leaves by my side and listened to the rustling. The wind with fragrance in years has brought a new alternation of four seasons. I put one green leaf in the album and wrote down on the title page: The Beauty of the Four Seasons—The Record of the Masterpieces of the Creator’s Authority. 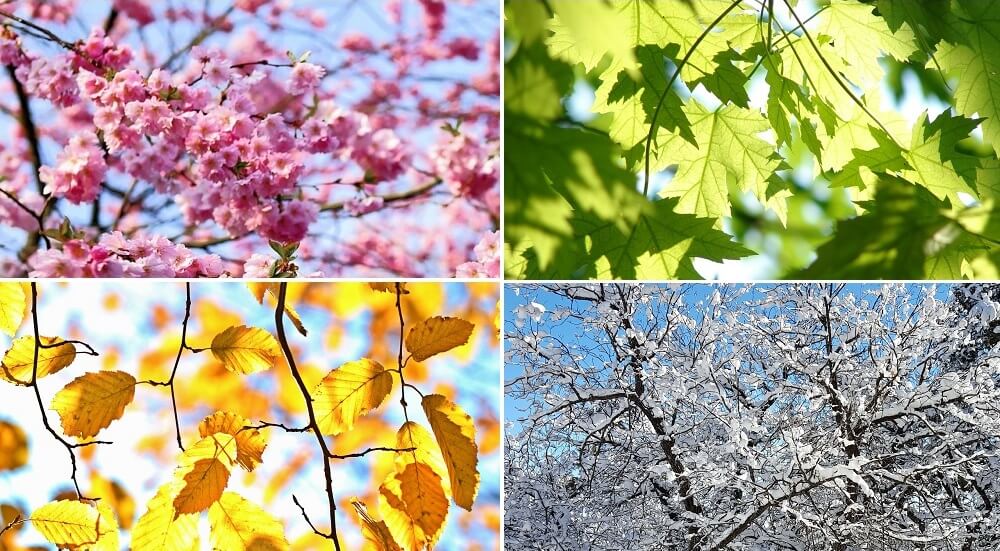 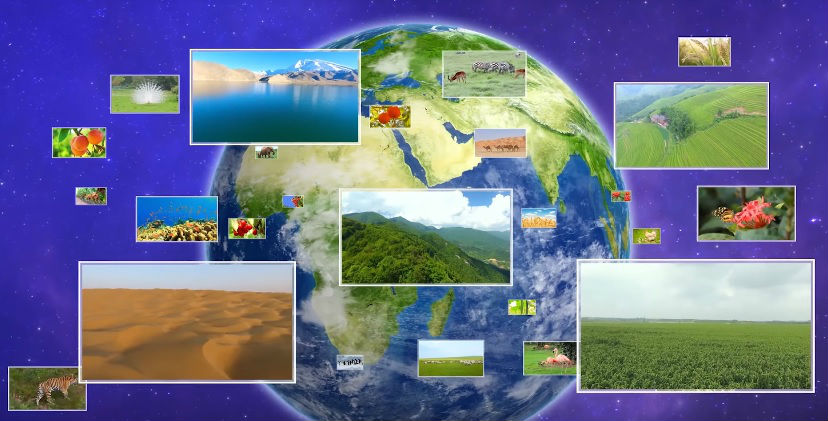 How Much of God’s Creating All Things Do We Really Know? 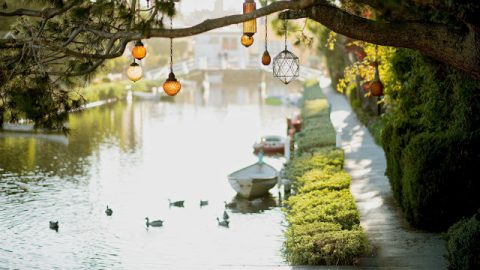 On the Fourth Day, the Seasons, Days, and Years of Mankind Come Into Being as God Exerts His Authority Once Again
The Creator used His words to accomplish His plan, and in this way He passed the first three days of His plan. During these three days, God was not se… 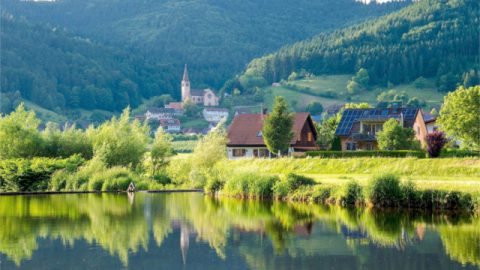 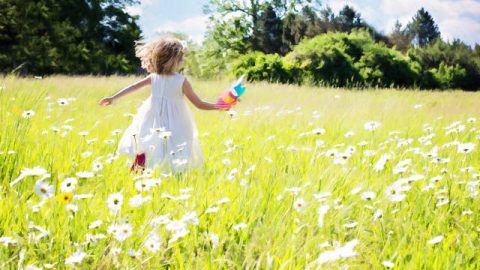